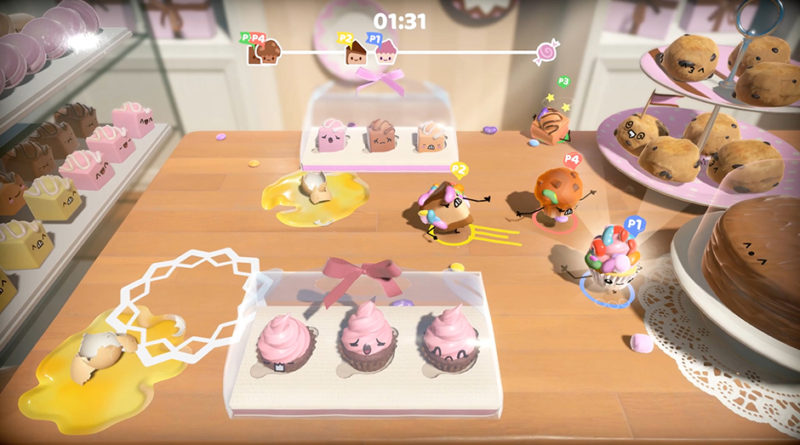 It’s that time of year again where talented game developers from around the world come together for the Game Developers Conference (GDC) in San Francisco, and the ID@Xbox team is ready to kick off another showcase of amazing titles from independent developers in the ID@Xbox program.

We’re looking forward to this year at GDC, with 13 newly announced titles joining us in San Francisco and a total of 30 games featured across the Microsoft Booth, in the lower level of the South Hall, and our Developer Showcase event for media. We’re excited to share a closer look at newly announced titles for Xbox One including Beholder 2, Boomerang Fu, CrossCode, Dead Static Drive, Door Kickers: Action Squad, HyperDot, Mowin’ & Throwin’, StarCrossed, Stela, The Forgotten City, Totem Teller, UnderMine and Unrailed.

Check out the full list below for a complete look at the developers and games that are joining us in San Francisco, or swing by to check out these amazing games in-person!

Afterparty (Night School Studio) – Xbox Game Pass
In Afterparty, you are Milo and Lola, recently deceased best buds who suddenly find themselves staring down an eternity in Hell. But there’s a loophole: outdrink Satan and he’ll grant you re-entry to Earth.

Beholder 2 (E-Home Entertainment/Alawar Premium Limited) – Announced Today for Xbox One
You are a newly employed department officer within the Ministry of a totalitarian State. While you are poised to have an illustrious career and possibly become Prime Minister someday, the way up won’t be easy. So, how high up the career ladder will you climb? The choice is still yours to make!

Boomerang Fu (Cranky Watermelon Pty Ltd) – Announced Today for Xbox One & Windows 10
Boomerang Fu is a frantic physics-based boomerang brawler for 1-6 players. Choose from an adorable cast of cheery food characters to slice and dice with boomerangs. Discover a ridiculous range of power-ups like wildfire, disguises and telekinesis. Stack them together between rounds to form dangerous combinations.

Buildings Have Feelings Too (Merge Games Ltd/Black Staff Games)
Buildings Have Feelings Too is a light-hearted city builder where you take the role of a building. Help other buildings establish businesses, improve the neighborhood and eventually create a thriving city! Resource management and friendship, all wrapped in buildings with their own personalities and dreams.

Cake Bash (High Tea Frog) – Xbox One X Enhanced
Fight to be the tastiest cake! Cake Bash is a party game for up to four players with very unique hazards – bash your friends, dash away from danger and have a delicious time!

Cat Quest II (PQube/The Gentlebros)
Cat Quest II is an open world action-RPG set in a fantasy realm ruled by animals. Play as a cat and dog as you explore both their kingdoms solo, or with a friend! Quest in a world plagued by war, and go on a catventure like never before!

Dead End Job (Headup GmbH/Ant Workshop) – Xbox One X Enhanced
Dead End Job sends you into a madcap, Ren & Stimpy-esque world to bust up ghosts. It’s a procedurally generated twin-stick shooter that straps a vacuum pack to your back and puts a plasma blaster in your hand. For you, it’s just another day in the office.

Dead Static Drive (Fanclub) – Announced Today for Xbox One, Xbox One X Enhanced
Grand Theft Cthulhu. An existential road trip adventure game through a nightmare, nostalgic Americana world. Drive through a fictional USA, stopping in small towns, gas stations, and rundown city limits. What starts as a road trip evolves into a game of survival against a progressively oppressive world.

Devil’s Hunt (1C Publishing EU/Layopi Games) – Xbox One X Enhanced
Based on original novel by Paweł Leśniak “Equilibrium,” this third-person action game resurrects the everlasting fight between light and darkness, good and evil, as full-fledged war between Angels and Demons seems imminent and our world is the proposed battleground.

Door Kickers: Action Squad (Killhouse Games/PixelShard) – Announced Today for Xbox One
Door Kickers: Action Squad is an old school side scroller with a touch of strategy and tactics on top of the ridiculous SWAT style action. Literally kick the doors down, blast the bad guys and rescue hostages in explosive Single Player and Coop Multiplayer – with Couch play included.

Family Man (No More Robots/Broken Bear Games)
When pushed to the limits of your own morality, how far would you go for your family?  You owe the mob money and have 30 days to repay. Will you flip burgers and scrape the money together… or get your hands dirty, for more cash, but push your family away?

Hunt: Showdown (Crytek) – Xbox One X Enhanced
Hunt: Showdown is a competitive first-person PvP bounty hunting game with heavy PvE elements, from the makers of Crysis. Set in the darkest corners of the world, it packs the thrill of survival games into a match-based format.

Lonely Mountains: Downhill (Thunderful/Megagon Industries) – Xbox One X Enhanced
Just you and your bike! Take it on a thrilling ride down an unspoiled landscape while descending multiple unique mountains – each offering several different trails to explore. Race, jump, slide and try not to crash while finding your own way down the mountain.

Mowin’ & Throwin’ (House Pixel Games) – Announced Today for Xbox One
Mowin’ & Throwin’ is a surprisingly fun pure party game experience where you control lawn gnomes in a chaotic contest to wreck each other’s yards. Go head to head or team up with a real-life friend to take down your other friends.

Raji: An Ancient Epic (SUPER.com/Nodding Head Games) – Xbox One X Enhanced
Raji: An Ancient Epic is an action adventure game set in Ancient India. Raji, a young girl is chosen by the gods, to stand against the demonic invasion of the human realm, her destiny to rescue her younger brother and face the demon lord Mahabalasura.

Silver Chains (Headup GmbH/Cracked Heads) – Xbox One X Enhanced
Silver Chains is a first-person horror game with a strong emphasis on story and exploration. Search for clues within an old abandoned manor to unravel the truth about the terrible events which have happened here.

Sparklite (Merge Games Ltd/RedBlue Games)
Sparklite is a roguelite brawler-adventure. Using an arsenal of gadgets, guns, and gear, they will battle foes in top-down action combat, solve puzzles, and explore dangerous corners of the world in search of missing gyrocopter parts in an effort to save the Sparklite.

StarCrossed (Whitethorn Digital/Contigo Games Inc.) – Announced Today for Xbox One
StarCrossed is an action arcade game with a magical girl aesthetic and a cooperative twist. Join our cast of 5 space-faring heroes as they travel from planet to planet, working together to strengthen their bond and defeat a looming evil that threatens the galaxy!

Stela (SkyBox Labs) – Announced Today for Xbox One & Windows 10, Xbox One X Enhanced
Stela is a cinematic, atmospheric platformer about a young woman witnessing the final days of a mysterious ancient world.

The Forgotten City (Modern Storyteller) – Announced Today for Xbox One, Xbox One X Enhanced
A re-imagining of the award-winning, critically acclaimed mod with over two million downloads on Xbox One and PC. Like Russian Doll or Groundhog Day in a mythological Roman city, where everyone will die again and again, unless you break the cycle. Cleverly exploit a time loop to solve an ancient mystery. Re-write history.

The Sojourn (Iceberg Interactive/Shifting Tides) – Xbox One X Enhanced
The Sojourn is a thought-provoking first-person puzzle game in which you traverse the parallel worlds of light and darkness in search of answers to the nature of reality. Venture into an enchanting world and face life’s obstacles by solving dozens of unique puzzles through four beautifully crafted chapters.

Totem Teller (Grinning Pickle) – Announced Today for Xbox One, Xbox One X Enhanced
Join a wandering muse in search of inspiration. Gather listeners and retell stories in beautiful, broken places. Recover lost folklore or discard it forever. These stories are yours. Truth is in the telling.

UnderMine (Thorium Entertainment) – Announced Today for Xbox One & Windows 10
Raise up your pickaxe and delve deep into the UnderMine, uncovering its secrets, one peasant at a time. In this action-adventure roguelike, mine gold and discover new combinations of items to take on traps and monsters awaiting below. Rescue friends to unlock permanent upgrades and be the peasant that makes it out alive.

Unrailed! (Daedalic Entertainment/Indoor Astronaut) – Announced Today for Xbox One & Windows 10
Unrailed! is a multiplayer co-op game where you work together with your friends to gather resources and build a train track across endless procedurally generated worlds. Master random encounters with its inhabitants, upgrade your train and keep it from derailing!

Void Bastards (Humble Bundle/Blue Manchu) – Xbox Game Pass
You make the decisions in Void Bastards, a new kind of strategy-shooter. Lead your ragtag prisoners through derelict spaceships and myriad other dangers. Make the right choices about what to do, where to go and when to fight. Master combat, manage ship controls, scavenge supplies, craft improvised tools and more!

Xenosis: Alien Infection (NerdRage Studios) – Xbox One X Enhanced
You are a deep space salvage hunter who discovers the remains of the Starship Carpathian. The ship’s AI will be worth a lifetime of credits. As you dock the port locks down, you are trapped inside. You receive a harrowing transmission from somewhere. A warning, you are not alone.

What games are you most excited to see at GDC? Let us know on Twitter at ID@Xbox! 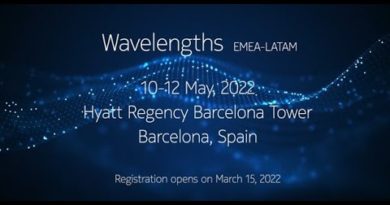 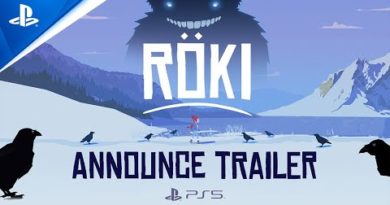 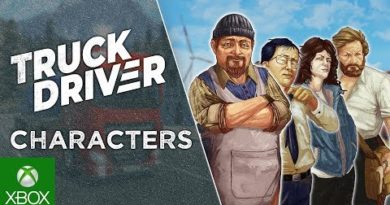 July 22, 2019 Duncan Nagle
We use cookies to ensure that we give you the best experience on our website. If you continue to use this site we will assume that you are happy with it.Ok